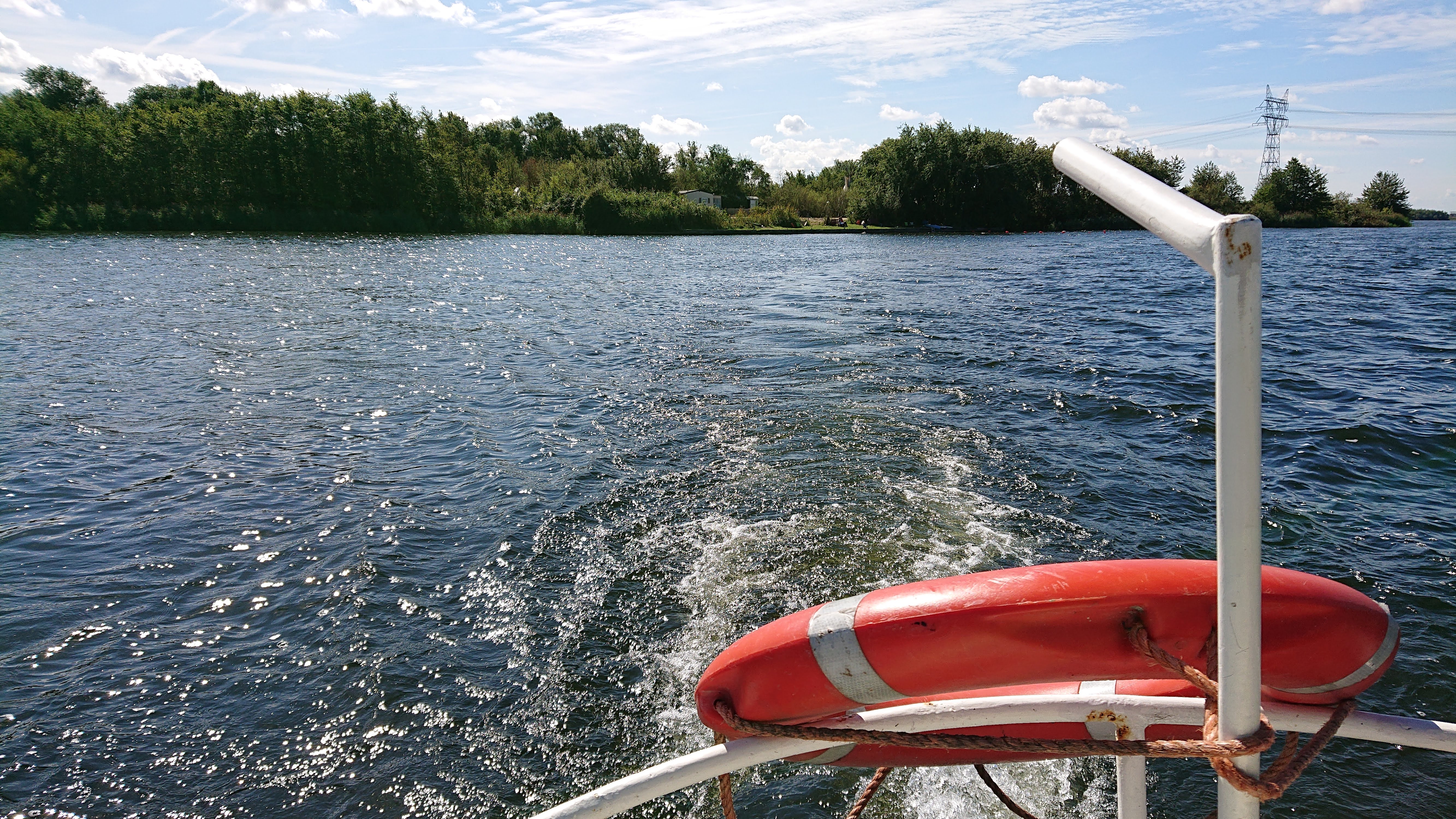 Last of four blog posts about my participation as a coach in the WeCamp18 event: scroll to the bottom for the whole series.

The main goal of WeCamp is “learning about software development, from start to end”. Five days for each team to come up with a project idea, specify the goals and target group, then get through implementation in whichever way they decide fits, and finally, on the last day, presenting the end results to everyone else.

The most interesting part to me was seeing how each team and each coach approached the above (purposely broadly formulated) format in their own way. The teams are put together with only minimal information, so there is a lot left to pure chance. And yet, each team found their own matching combination of learning goals to push each individual outside of their comfort zone – the only place to learn, one might say.

It’s not really up to me to summarize all the lessons learned by all the attendees, especially since those will be different each year with different people in different combinations with different goals. But there were a few common threads that I picked up on that are interesting to share, for anyone considering to attend and wondering what they could learn here.

For starters, I think everyone was surprised by the amount of work and learning one can do in five days at all. While the time constraint was definitely felt with a couple of folks sometimes working part way through food breaks or into late hours, this wasn’t because of any outside pressure (a deadline, a client, a manager) that they did so. Everyone was simply excited to get the most out of those five days that they could: all intrinsic motivation. To help that along, each team did a good job of defining a minimal viable product (MVP) to show at the end of the road and accepting that it was fine even if they didn’t reach that MVP fully by the end of the week. That it was more about the journey getting there itself than the final destination.

Along that journey, there were folks who gained self-confidence in their own skills, ranging from a very general sense that professional tech development was indeed the right path for them, to finding out they really enjoyed and were good at a more specific area or topic that they found focus in. There were folks who took themselves out of their normal senior roles to return to their coding roots, or to learn an entirely new language where they had to remind themselves to take smaller steps. There were folks who had never or only rarely worked in teams before, for whom finding those dynamics and processes was entirely new – yet they made it together.

By the end of Saturday afternoon, every individual team member had shared something they personally had learned during WeCamp, something they could take back to their regular lives beyond the island. And that by itself was – as Jeremy put it – a genuine “proud parent” moment for us coaches.

Of course, it’s much easier to speak for myself and share my own lessons learned. I already began writing this blog series showing all the textbook signs of Impostor Syndrome when I got started on this whole adventure. For those less familiar, here’s the definition provided by Merriam Webster:

“Originally called impostor phenomenon, impostor syndrome, as it’s now usually called, is commonly understood as a false and sometimes crippling belief that one’s successes are the product of luck or fraud rather than skill.”

This phenomenon is something I’ve long carried with me: even during my medical and academia days, I felt out of place and like I’d just been really lucky making it through with the help of many people around me. Switching to healthcare IT did make me significantly happier as it turned out to be a much better fit, but it remained hard not to wonder how I would ever catch up with colleagues that had actually made this their initial goal in life to begin with. How to make up for all of their years of technical knowledge and expertise that I did not have.

Being faced with a team of fully technical people to coach was, in that sense, a sharp reminder of that seemingly large skill gap that I faced in my day-to-day job and my organizing work for DomCode. Or at least, that is how I started out feeling. By nobody’s fault but my own, I should emphasize: everyone was awesome and even my team was supportively curious about my own learning goals as I was trying out Java on the side, while they were working on their project. Nobody on the island ever made me feel like an outsider looking in: that was all in my own brain.

But during the week, it was the daily stand-ups with our team of coaches, learning together, that helped put every day in perspective for each of us coaches. Watching my own team struggle at certain points helped normalize my own frustrations with that aforementioned skill gap. Talking over the extra value that my other kind of background brought to the technical space, helped shut up the tiny voice in the back of my head saying that background is detrimental. That made me realize that the Impostor Syndrome I was experiencing really was no different from what my peers were going through. That the other coaches and attendees, despite my lack of a full technical background, were my peers indeed.

So that wraps up the week actually spent at WeCamp, and I’d like to leave you with a few last reflections, as you might be reading this with a similar goal as I had been when I was researching whether or not to go.

My main advice would be: if any of what I’ve written up sounds familiar to you, and/or appealing, if you have the means to go, then go! I’ve tried my best to convey what makes WeCamp so special, but it really does not do the actual real-life experience any justice still. I’m fully joining my friends who have previously gone in gushing about how awesome it is to be a part of. And if you’re like me, worrying about the skills or the camping or the people aspects: don’t. The crews make it so that there is truly no need to worry, believe me.

I’ve also come to see that there are many roles within a team to pick up, and it’s really quite natural to find your way within that team. While previously I worried about my lack of technical skills, in the whole process of software development, there’s also a lot that goes on beyond the hard coding like requirement analysis and design – something I’m definitely into. But that hard technical side is also a huge part of what goes on, and for lots of people, that’s where they were looking to challenge themselves. There’s something for everyone.

Personally, I’m leaning towards coming back to the island as an attendee some future year, to get a deeper dive into that development process myself. I’m convinced that this setting allows for learning on many fronts from different angles, including my own. It’s really no wonder that WeCamp has made it to their fifth anniversary this year, because they’ve truly set something special together that is not available in any other environment – the freedom to learn, to grow, to experiment, without the day-to-day Sword of Damocles hanging over your heads. Only time remains a constraint, but that one week at WeCamp is – in my eyes – just one of the many springboards in life to leap forward on as you learn and grow.

If any of this resonates, then please: do consider taking the leap. Also feel free to reach out to me via email or Twitter with any questions or concerns that remain, I’d be happy to talk things over. And who knows, maybe I’ll see you next time!