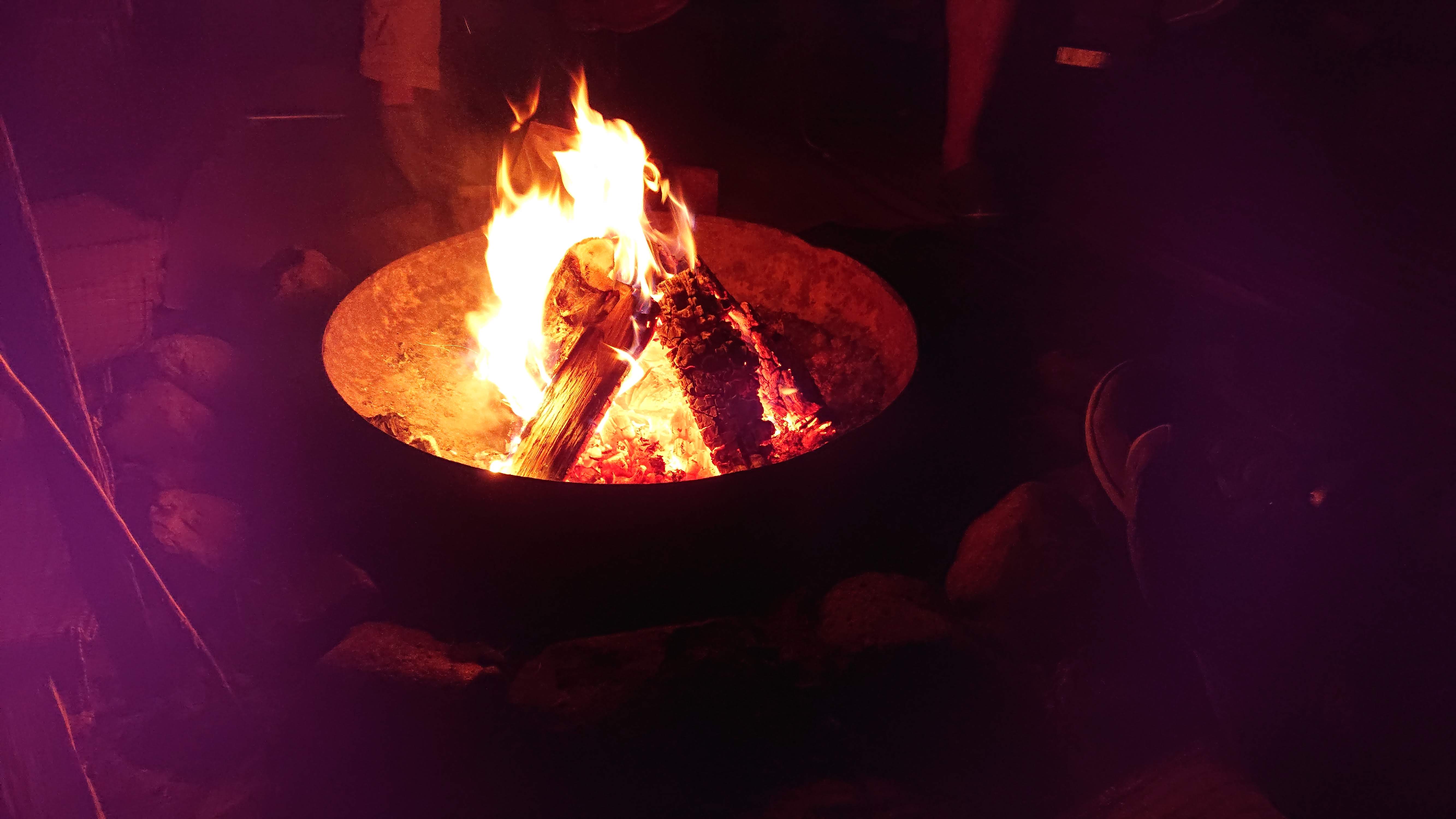 Third of four blog posts about my participation as a coach in the WeCamp18 event: scroll to the bottom for the whole series.

As I mentioned in my first post about WeCamp, I’m not very much into camping, and also definitely need alone time to recharge my social energy here and there. Most of my vacations, I’ll gladly pay extra for an Airbnb apartment where it’s just me and my partner with private everything, just so I can have that space for just us. Camping on a tiny island with a group of people where I’d be sharing the sleeping tent and facilities for a full week – this was a daunting concept on my introverted used-to-comfort brain.

My friends who had attended and/or coached at WeCamp before had reassured me that camping on the island was actually not that bad, but I remained skeptical at first. On arrival and throughout the week, I was happy to discover that those friends were actually right: everything at the island, the people included, was put in the right place to make for a very safe and comfortable environment. In fact, I turned out loving (and now sorely missing!) island life at WeCamp.

This safety and comfort were provided for by these hard-working crews of awesome people:

The island called “De Kluut” is rented out by the CampSpirit crew, who made it a very welcoming space with many of the amenities for an enjoyable week already in place: not just camping, but glamping. Every year they set it up with a variety of traditional tents (think tipis and yurts) including actual comfy beds. As in, a real mattress with real pillows and covers on a real slatted frame, no sleeping bags and uncomfortable mats to wreck your body at night! They also provide lovely breakfast (including fresh croissants!) and lunch to settle our stomachs along the day. On top of that, they took care of washing dishes and cleaning the common areas like the private bathroom stalls, saving all of us WeCampers the burden of such chores.

Meanwhile, the WeCamp crew had set up all the necessary electrical wiring and internet connections provided by Tweeweginternet. They were also always available for emergencies, whether technical problems or first aid needs or anything else. Not to mention, they brought many groceries – from water and sweets to beer and savories – to keep us all fed and hydrated for the week. And as the cherry on top, they had also hired a professional chef (Thijs from Soundbites) to cook dinner – which was already a nice convenience, not having to worry about cooking ourselves, but to me, Thijs greatly exceeded expectations. Every night, he’d just casually show up on the boat with the most amazing food, a great variety of creative dishes from starter to main and dessert that fit everyone’s dietary needs (e.g. vegan or gluten-free). So dinner was consistently something I looked forward to every morning! (Seriously, check him out if you need catering in the Netherlands!)

The beautiful thing about this whole arrangement is that the combined efforts by both CampSpirit and WeCamp crews ensured that we as coaches, and soon enough the attendees, were simply fully provided for when it came to our basic needs. And by doing so, they were the main enablers of this entire event and should not be undersold for their enormous part in not just organizing and prepping beforehand, but setting the low-barrier tone for the whole event and keeping things running smoothly. 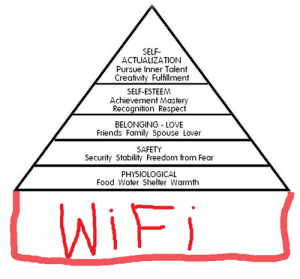 See, there’s a thing called the Maslow’s hierarchy of needs (see image, source) in which the lowest most basic of needs is WiFi of course 😉 followed by physiological needs: food, drink, shelter, sleep, etc. Those were all clearly taken care of by all the above. Beyond this, the crew made sure the entire atmosphere was safe, open, welcoming and encouraging to learn and experiment. In short, everything on the higher levels on the Maslow’s hierarchy was covered to come to the point of self-actualization: the highest level from which we, as people, can grow and develop ourselves.

Aside from the occasional cluster of spiders (we were amidst nature, after all) and wacky temperature regulation of the showers (we were still camping, after all), there were very few discomforts. And this made it possible for the magic of island life to happen.

Of course, the week was not going to be just a full-on no-break hackathon type of deal – there was fun and R&R to be had as well! The WeCamp crew already planned several activities ahead of time: a barbecue, a game night (although board games were played pretty much whenever people felt like it) and of course the infamous pirate game, where the island is put to full use to test out everyone’s competitive streak. And at night, when the temperature grew colder and the sky darker, we could gather in the big tipi to sit by the great campfire and just hang out, talk, share.

What I appreciated above all else about these planned activities: everything is entirely optional, no peer pressure. If you want to partake, that’s awesome! If for any reason you don’t, there are plenty other spaces around the island to go do something else for a while. And there were plenty folks who took that chance, including myself during the pirate game (told you I need social energy recharge time). 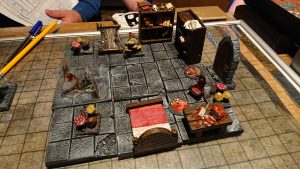 But there were also a lot of initiatives from individual WeCampers who ran their own activities for others to participate in. Marieke, a fellow coach, provided minimally guided meditations in the big tipi each morning before breakfast and I was happy to join those throughout the week. For those who wanted to start off their day in a more active manner, attendee Rick started an exercise group. And one of my personal favorites: crew member Erik brought three crates of amazing DnD (Dungeons & Dragons, the famed fantasy tabletop RPG) set pieces and travel miniatures to run an adventure. Since DnD was new for some folks at the table, this was another awesome way to see people develop and grow more confident in their role-playing as the nights came along. A great deal of fun which led to WeCamp-wide memes that we shan’t mention any further…

Of course, we didn’t come to WeCamp just to run around and goof off – there was also work to be done. But this particular low-barrier low-pressure setting of WeCamp island life did make something special happen: all these strangers somehow managed to click together into fully functional teams, who all had something to share as their lessons learned by Saturday afternoon.