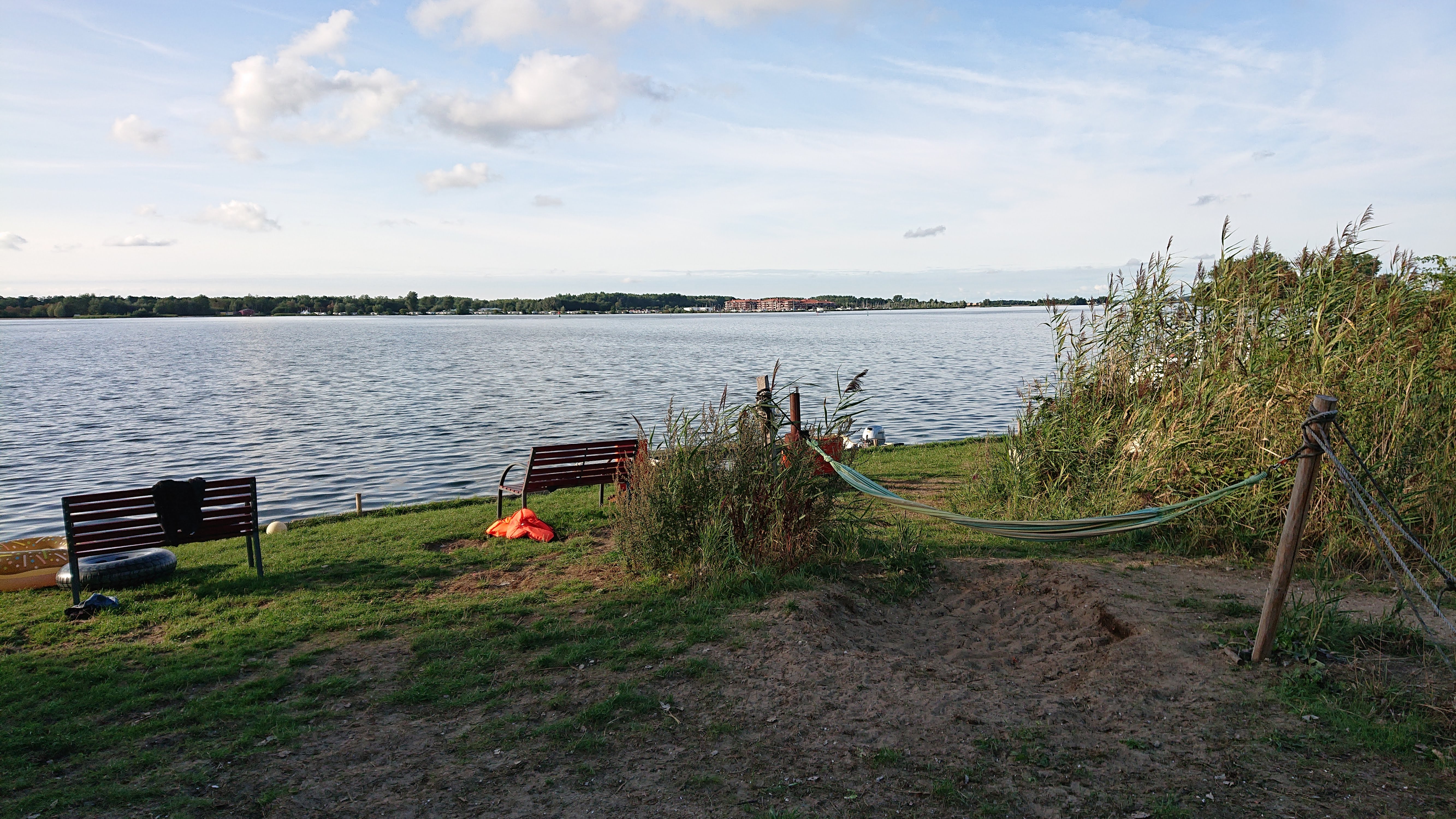 Second of four blog posts about my participation as a coach in the WeCamp18 event: scroll to the bottom for the whole series.

The actual WeCamp event runs five days from Tuesday to Saturday for attendees, but the crew and us coaches were going to be on the island a day early and staying an extra night to prepare before and wind down after. So on Monday, August 20th, having trekked our way to the harbor in Biddinghuizen, the boat took us across the waters. As we came ashore on the other side, I started to realize – this is it. We’re here. We’re really here.

There’s no turning back now.

But despite Stefan‘s initial information as well as my own research, it was hard to know what to expect from this week on a private island as a team coach doing… what, exactly? If you’re wondering what it’s like to be a coach at WeCamp, perhaps even interested in becoming a coach yourself, I’ll try to unpack some of the answers here.

First off, not to fear: WeCamp thoughtfully provides the so-called “coach of coaches”, a role fulfilled by previous WeCamp coach Jeremy Coates who took us newfound coaches under his wing to prepare us for the attendees’ arrival the next morning. He spent a couple hours introducing us to our role on the island: mainly providing a safe environment where we enabled our teams to learn.

As coaches, we would actively observe and listen to our team working from the sidelines, where we had the luxury of seeing what you can’t see when you’re right in the middle of that project buzz. It turns out that human brains aren’t that great at multitasking, so it’s easy not to notice small communication or process things that could be blocking team progress. It was our job to catch and share those bits with the team, so they could be more aware and adjust if so necessary. We could also offer formal moments of reflection like team stand-ups and individual one-on-ones, giving each person the chance to set personal development goals that could be followed up on after the event. And of course, included in all the basic necessities for a team to focus on learning, was us coaches bringing over drinks and snacks to prevent dehydration and rumbling stomachs! After all, no one ever benefits from being “hangry”, now do they?

Jeremy also went over several theoretical frameworks to help us enable our teams, not the least of which was expanding on the main difference between coaching and mentoring: while mentors tend to be more directive in their advice given, coaches simply keep the team within certain bounds only by small nudges while mostly letting them do their own things in there. Since I had no deep technical know-how, I wasn’t too worried about getting unintentionally directive in that sense. This is something I’d heard other coaches struggled with before, often used to fixing team problems in their day-to-day developer life: it can be hard to turn off that problem-solver instinct. But unburdened by such technical insight, I instead hoped to be able to provide something in the sense of teamwork and communication, to be a sounding board for whoever on the island needed it.

Following an excellent dinner, Jelrik van Hal (another previous WeCamp coach) introduced us to Liberating Structures as an additional way to support team communication. If you’re unfamiliar like I was, they’re worth looking into! Because we experimented with these techniques amongst ourselves, and it was liberating to hear my fellow coaches carrying very similar doubts and concerns to mine about the week to follow, no matter each individual’s level of experience or expertise. All of us were dealing with all that anxious and excited anticipation of previous months coming to a head now that we were all actually there on the island, at the point of no return, trying to get a sense of what was to come.

All of us were not alone.

And that was very reassuring because we coaches were here to learn as well, under the watchful eye of Jeremy as our own coach, and this day kicked off that very learning experience in our own team. It brought about an immediate bond, and I count myself very lucky that I had these particular folks to share this learning process with. Being a coach at WeCamp certainly was not just about enabling our teams, but also enabling each other: to learn, to grow, to relate.

And with none of us having a clue what exactly would happen in the next few days, that peer support was sorely needed because suddenly the day of preparations was done and it was Tuesday: the morning our teams arrived.